Don't know about you, but I despise these things. Initially, it appeared that only studios like Fox and Lionsgate were utilizing these cases, but the epidemic has since spread. (My noted appreciation to giants like Universal & Paramount for not yet jumping on the band wagon.)

As a collector, I dunno, I guess I'd like to pay for a case that is, dare I say, durable?!
If you agree, then please sign my petition!

Posted by Nathan Martin at 2:55 AM No comments:

A Powder Keg Of Black Fury! 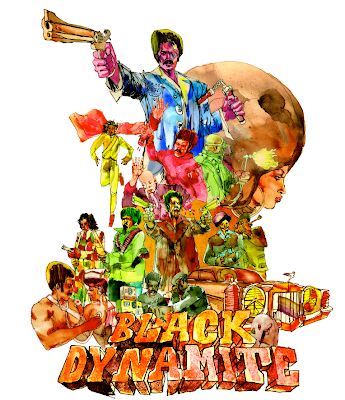 I cannot wait for Scott Sanders' BLACK DYNAMITE, an amazing love letter to black action films of the 1970s, to arrive.

Having recently viewed the trailer, I can honestly say that no one has gotten a retrospective take on that genre right... until now. 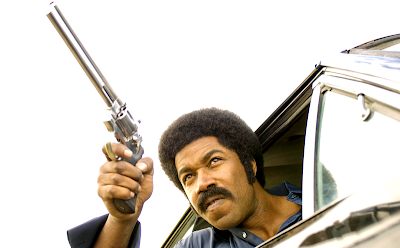 I've always liked Michael Jai White. Whether he's portraying Mike Tyson in an HBO biopic, trying desperately to salvage the unsalvagable SPAWN, hamming it up and getting the intended tone of UNIVERSAL SOLDIER: THE RETURN, showing up in bit parts like GETTING PLAYED, or doing battle with David Carradine in a deleted scene of KILL BILL, VOL. 2... the guy's got great talent and I've always felt that he hasn't been given the best opportunity to excell.

That is, until BLACK DYNAMITE came around.

The trailer is so much fun that I don't know how I'll be able to take the sheer righteousness of the actual feature-length film. The trailer is that good and, along with all the promotional materials, absolutely nails that era. BLACK DYNAMITE has the same devotion to detail to it's genre as Mel Brooks' YOUNG FRANKENSTEIN had to the Univesal monster classics of the '30s and '40s. 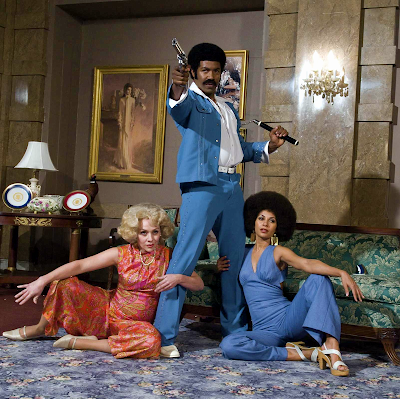 If you take Rudy Ray Moore's DOLEMITE and it's sequel, THE HUMAN TORNADO, coupled with Greydon Clark's BLACK SHAMPOO (Jai White's look is reminiscent of John Daniels, complete with a Thalmus Rasulala-style mustache) and a dash of FOXY BROWN smoothness... you've got a pretty good idea just how right on the vibe of BLACK DYNAMITE is. The only thing missing here is an AIP/Dimension Pictures co-production logo. (Not a realistic feat, I realize, but a boy can dream can't he?!) 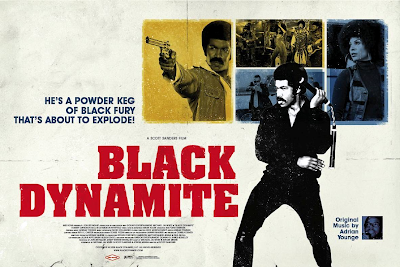 I haven't even seen this film yet and I already want more.
Sequel upon sequel, please! 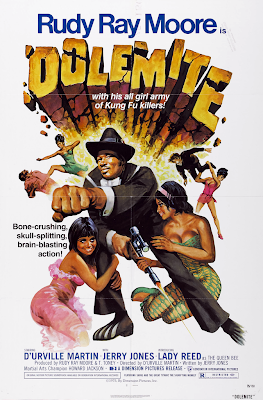 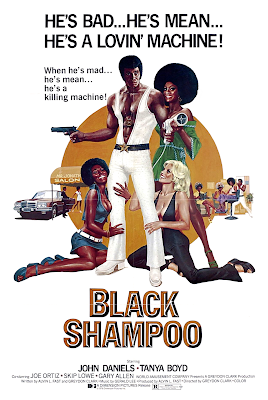 The Boon They Call SEVENTH MOON 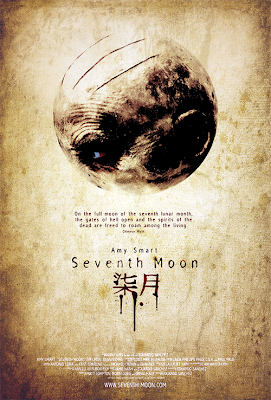 I've been waiting for this one to release for quite some time.
I loved the teaser trailer, particularly that final shot of Amy Smart running from a horde of the demonic dead.

This is Eduardo Sánchez's third film. His first, THE BLAIR WITCH PROJECT (which he co-directed with Daniel Myrick) caused quite a stir. Either you loved or hated that film and there seemed to be no indifference amongst audiences. Well, I loved that film and I expect that the same love/hate relationship could be said about his latest, SEVENTH MOON. For the most part, I've seen some pretty negative reviews. I don't know what these people are expecting from an extremely low budget horror film elaborating on a myth.

Sounds a bit harsh, but rarely do I see films that I don't like. If a film interests me, I'll see it and enjoy it. If one doesn't strike my fancy, I'll avoid it and stay happy. It's that simple. I don't let reviews sway me like most people do. In fact, I don't believe a review is worth reading until you've already seen the film in question. People fall for that shit constantly. "Well, Leonard Maltin didn't care for it, so I won't bother." WHAT?! Are people that ignorant? Yes. Yes, they are. The other popular thing to do is to talk shit about films, which, again, I don't really see the point. If they're not worth my attention, I won't devote time to complaining about it.

I won't go into details but I found the Chinese myth concept intriguing. As described at the beginning of the film and on the film's poster: On the full moon of the seventh lunar month, the gates of hell open and the spirits of the dead are freed to roam among the living. 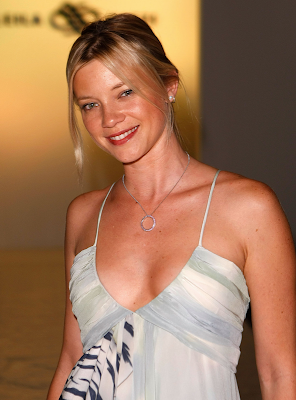 The principle cast consists of Amy Smart, whom I seem to like more and more, newcomer Tim Chiou and Dennis Chan (of the Van Damme films, KICKBOXER and KNOCK OFF).

Overall, this is a creepy little film. I bitch not!
Posted by Nathan Martin at 11:08 PM No comments: