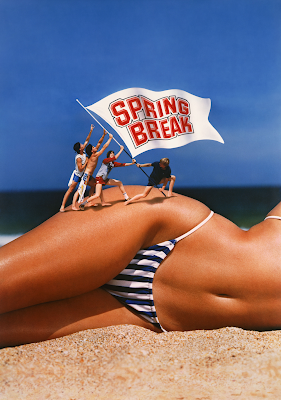 I’ve been on a reminiscent kick, lately. But, that’s nothing new. It took the long-anticipated release of SPRING BREAK, Sean S. Cunningham's comedy classic, on DVD courtesy of Anchor Bay Entertainment, to hurdle me into re-watching a plethora of 1980s’ teenage/college sex comedies (more on that later). So, I watched quite a few, but I was saving one of the best for last. I finally sat down to watch SPRING BREAK again for the first time in nearly twenty years, and it, of course, was a total blast. I forgot how much I loved this film and picked up on so many elements I had missed before.

The great thing about this film is that it doesn’t follow that set-up to an exact “t.” Two nerdy types come down to Ft. Lauderdale for the week. They book a room in a hotel and due to a mishap, their room gets overbooked with another pair of males, polar opposite party types. Okay, so what? Well, here’s the thing I never noticed before and what also sets SPRING BREAK apart from the rest of the crowd. Never once is it mentioned that the nerdy types are “nerds.” Never once are they made fun of or put down for not having the same track record as their far more experienced roommates. All we have are four guys out for fun, despite their differences. While it might not be the most accurate approach, it stands out as something that, to my knowledge, hasn’t been addressed in any other film of this ilk. Most films in this genre rely upon such traits to build upon, plot-wise. Of course, it doesn't hurt that the chemistry among the principal leads (David Knell, Perry Lang, Paul Land and Steve Bassett) is a joy to watch, and could be the secret glue that makes this concept work.

Other great aspects to this film (as if I truly need to list them):

Posted by Nathan Martin at 11:42 PM No comments: 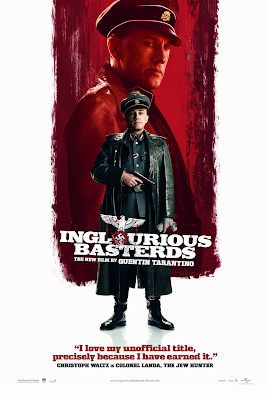 This guy is amazing.

I could watch him chew the scenery (and not-so-terrible strudel) for several hours and never grow tired.
Posted by Nathan Martin at 11:29 AM No comments: