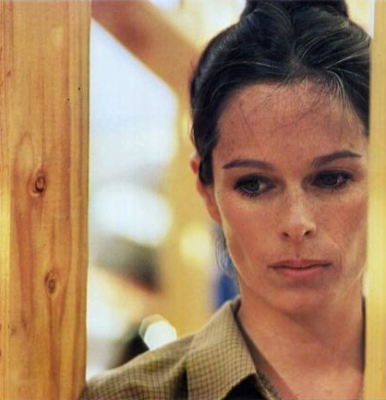 I've been thinking about this film recently. It's a damn shame that Columbia Pictures never bothered to release this forgotten gem on home video. Boggles my mind actually. How can you not re-issue an Altman-produced film written and directed by Alan Rudolph? Could it be that REMEMBER MY NAME is actually more obscure than BARN OF THE NAKED DEAD?!

I was lucky enough to see it in the early '90s, courtesy of Cinemax Vanguard. As far as I know, that was the last time it has ever aired. Had I known it would have a lasting impression on me, along with it's rarity, I would have had the sense to record it. Why IFC, Sundance or TCM hasn't recognized it's potential and granted viewings is beyond me.

No one that I know has seen or heard of the film. Arguably, this is Geraldine Chaplin's finest performance and Anthony Perkins is perfect as the man in her sights. Backed by an assembly of Alberta Hunter songs, this is a slow-burn character study that proves to be truly haunting.

Needless to say, I would love to be haunted by this effective film once again. 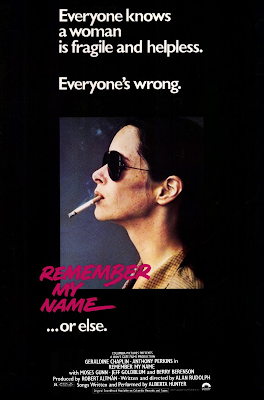 Posted by Nathan Martin at 1:55 AM No comments: